God is a God of Miracles

“I’m sitting in my car in the Coker parking lot and my hands are shaking. I just got back from a doctor’s appointment for my son. He had a CT Scan last week and we got the results today. He has a mass in his abdomen. The report mentions Desmoid Tumor or Lymphoma. We are seeing a general surgeon at 5 PM to set up a biopsy. It could be nothing or it could be cancerous. I am praying that it is nothing. Will you pray with me?”

After what seemed like a season long of spiritual attacks on their family, Zow and Mary Martinez were now faced with the very real possibility that their son, Daniel, was very sick. Zow has been working at Coker United Methodist Church since January 2017 as the Director of Multi-Media and his wife, Mary, is a Pediatric Speech Pathologist they are the proud parents of Nina, age 21 and Daniel, age 22.

In that moment on December 4, 2017- their world stopped. Daniel became scared and Zow became angry. Angry that these attacks were happening, angry that Daniel’s fear brought him tears.

Despite feelings of despair, Zow and Mary’s faith in God grew stronger. So much stronger. Through the Cross, we are promised “on earth as it is in heaven” and, so, that was the prayer.

Zow rallied a prayer team via group text messages. Prayer Warriors from Coker UMC, Community Bible Church, family, and friends began lifting their petitions of prayer. All initial prayers were for the tumor to go completely away. Prayers were for doctors to re-scan Daniel and be amazed that it disappeared. Well, the tumor didn’t disappear but neither did the faith of the prayer warriors. Before the scans, doctors had pre-diagnosed Daniel as having Hodgkin’s Lymphoma, but the prayer team stood firm in prayer for God’s will to be done.

Zow and Mary rested in God’s promise that this was finished! That that particular season of spiritual attacks had been defeated.

The surgery to have the tumor removed was on January 10th. Zow explained that Mary had been a “rock through the whole situation,” scared but her diligent faith was stronger than fear. On January 10th, Mary came down with the flu and was unable to be at the hospital for the surgery. Zow felt divided- yet content in God’s promise of healing. After the surgery, a second biopsy of the mass was done and it was confirmed that Daniel was, indeed, cancer free. What a miracle!

God’s provision was present through the entire process from aligning Daniel with a doctor Zow had worked with in his previous career in nursing- to allowing Zow and Mary to share their story after Daniel was healed.

While Daniel’s healing was complete, the story was not quite finished. Not long after Daniel’s surgery, Mary and Nina were in the drive-thru line of Starbucks and a lady backed into their car. The damages were minimal and the families decided to settle without filing through the insurance. They met at the same Starbucks where the accident happened to exchange estimates and information. While making small talk, Zow and Mary felt God’s nudge to share the story of their son, Daniel. While sharing, the demeanor of the lady changed, so Zow gently asked her if there was anything they could be in prayer for. The lady began to cry and shared that she had a new diagnosis of Lupus and that Daniel’s story gave her hope that God still performs miracles. She said she had fallen away from her faith and realized God was talking to her right in that very moment.

Until we meet God face to face, we may not understand trials we have to go through or why God allows healing for some and not others. But what we do know from Daniel’s story is that God used this season to draw the Coker Staff family closer together in prayer, to revive faith in a Sister-in-Christ who was struggling, and to remind us that God is still a God of Miracles.

Psalm 77:14 NIV says, “You are the God who performs miracles; you display your power among the peoples.” On January 10th when Daniel’s surgery was complete, Zow sent a text from the Hospital that simply said “If hospitals can still promote miracles, brothers-and-sisters in Christ can too, they just need room to grow.” 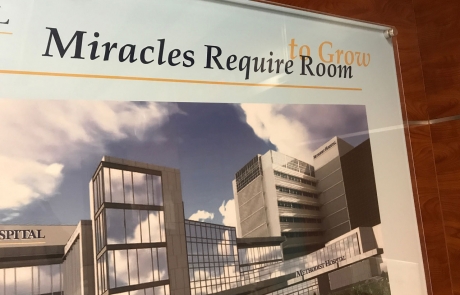 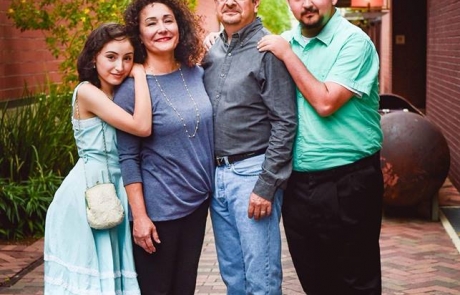